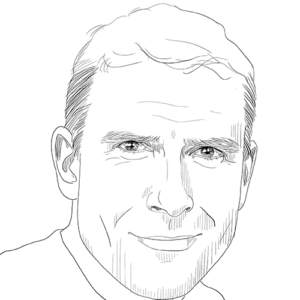 Henry Davies (writer & director) spent 16 years in the Royal Navy flying dangerous missions as a helicopter pilot. Following his retirement from the military, he started a film production company writing and directing the feature film Tink’s Kitchen (2008), and award-winning short films The Shot (2012) and Caring for the Recently Deceased (2015). Henry’s affinity for space and aviation, character and humour are an ideal blend to help bring the world of Star Corps to life: “My love of character-driven plot, comedy, drama and fart jokes are a perfect fit for the broad cast of personalities in the Star Corps universe. With so many exciting worlds to explore and adventures to imagine it’s a dream come true to be able to help realise these stories.”

Henry lives in the South West of England with his wife and two sons. 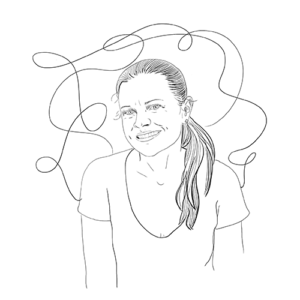 Lisa Payne (writer) has always had an interest in writing – she majored in English – but spent the first 15 years of her career writing daring memos and creating audacious PowerPoint presentations.  Her first foray into screenwriting was the short film Caring for the Recently Deceased (2015), which went on to win 11 international awards. Lisa’s attention to narrative structure and character development – and her female point of view – bring harmony to the project: “I’m thrilled to have had the opportunity to work on Star Corps – it’s so much fun to play with gender roles and stereotypes, and to work with such a variety of characters. Plus, it’s great to have the female perspective and humor to help balance out the fart jokes.” Lisa lives in Bethesda, Maryland, with her husband and two daughters.