Follow the adventures of Scout and Soldier, the newest graduates of Constellation Academy – home of the Star Corps, defenders of the Solar System. 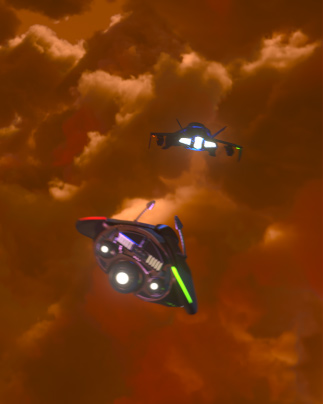 Best friends Soldier and Scout must split up to join their respective teams: Soldier joins the Boys, based on Mars; Scout joins the squad of Girls based on Venus. Their stated mission: to protect and defend the Solar System. Their covert mission: to find out why the Boys and Girls cannot seem to get along. “What’s up with that anyway?”

Despite the friction between the two, the Boys and Girls reluctantly discover that only teaming up and relying on each other can they protect the Solar System from a much bigger threat: the blundering evil of Rom Terabyte and his army of Conformity robots, whose mission is to remove all diversity from the universe leaving everything, and everyone, grey and soulless…

Star Corps is an animated series designed to appeal to both boys and girls across a broad spectrum of ages. Younger viewers will love the fast pace, memorable characters, silly humor, and each episode as a stand-alone story in a visually arresting setting. Older children will be captivated by the intense action, complex themes, ‘real-life’ issues, more intellectual humor, and multi-episode story arcs.

Parents watching with their kids will also be entertained, and will appreciate more than just the jokes: the action is set in space, and space facts have been worked into the setting and story to encourage intellectual curiosity; although the settings are imaginative, they have a factual basis. Each episode also has positive messages for boys and girls about being themselves, cooperation, and teamwork.

And Star Corps is about generational differences, about not necessarily blithely accepting others’ worldview as the only way to live.  It touches on the struggles that occur as kids mature, learning how the world works yet still maintaining the integrity of who they are, and how they deal with the tension between the way things have been and the way things could be, where they have the ability to choose whether to go along or fight for change.

But most of all, Star Corps is an enormously fun space romp that the whole family will enjoy.